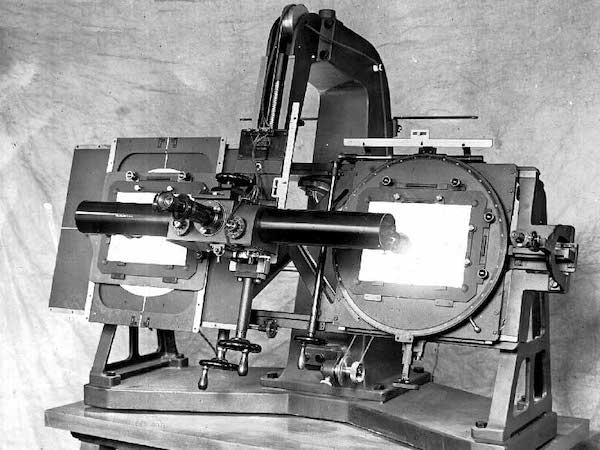 I had a conversation with Dan Goldstein of Cherry Audio that went something like this:

"How about we emulate the Mini?"

"Because if it's not perfect, we don't put it out."

So the gauntlet was thrown, and I set out to put my code where my mouth was.

HOW WE DID IT

I code, and I code, and then I realize we need a way to prove if it were indeed perfect -- and the proof was not going to be easy. What would be the best way to perform the comparisons between hardware and software? Scientists have proven in the lab that human aural memory for making critical comparisons like these lasts from 2 to 10 seconds. 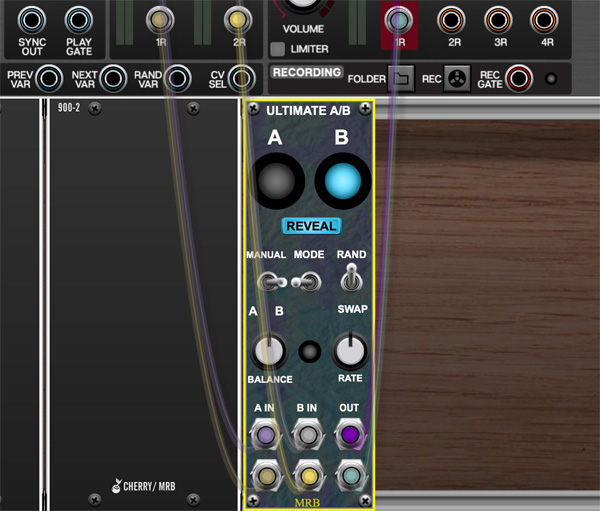 In addition to observing waveforms and spectra, I created a special module in Voltage Modular that would make the listening comparison task more manageable. This simple module, called "Ultimate A/B," performs switching between two audio sources. In this case, we plugged a MIDI-enabled hardware Mini into the A input and our software emulation into the B input. We could audition each using the same keyboard or sequence with the flip of a switch. Flipping the A/B switch would yield no sonic difference if we matched the sounds. And since switching was instantaneous, any differences would immediately jump out (and indeed they did!). The module could also automatically switch back and forth. With its REVEAL button disabled, the A and B lights went out, which kept the source a secret. In this way, a single person could perform their own blind test.

WE KEPT WORKING UNTIL PLUTO WAS GONE

Pluto? Funnily enough, the Ultimate A/B module was inspired by the "blink comparator," the device used by astronomers at the Lowell Observatory to discover the former planet Pluto in 1930. The astronomers took a picture through the telescope of the night sky. A few nights later, they took another snapshot of the same spot in the sky. The two images were then placed in the blink comparator and aligned. The two starfield images were presented to the astronomer one at a time by flipping a lever. The dots of a zillion distant stars remained stationary as the images were swapped, but a nearby object (like a planet) moved over the course of a few nights. By spotting the moving dot, they found Pluto.

In our case, a "moving planet" meant that the sounds were not identical ("meteorphorically" speaking). Matching the sounds was challenging, and 99% of the time one could eliminate the difference by turning a knob. Everybody at Cherry then hammered relentlessly on the software, pointing out the tiniest differences, real or imagined. We systematically eliminated every discrepancy until none remained.

Not even tiny Pluto.

The Cherry Audio Challenge was designed to give you a taste of what we went through. The results have been very encouraging, with over 6,000 people trying to determine if they can tell hardware from software. The correct scores form a perfect bell curve that indicates, on average, that the guesses are no more accurate than random chance -- essentially a coin flip on each trial. We were somewhat nervous about putting the test out there but grew more confident with each passing day. We're breathing much easier now.

We utilized several Minis from the early 70s as well as recent reissues for all our comparisons. When we noted differences between the hardware, we always deferred to the original, older models to determine the correct behavior for Miniverse.