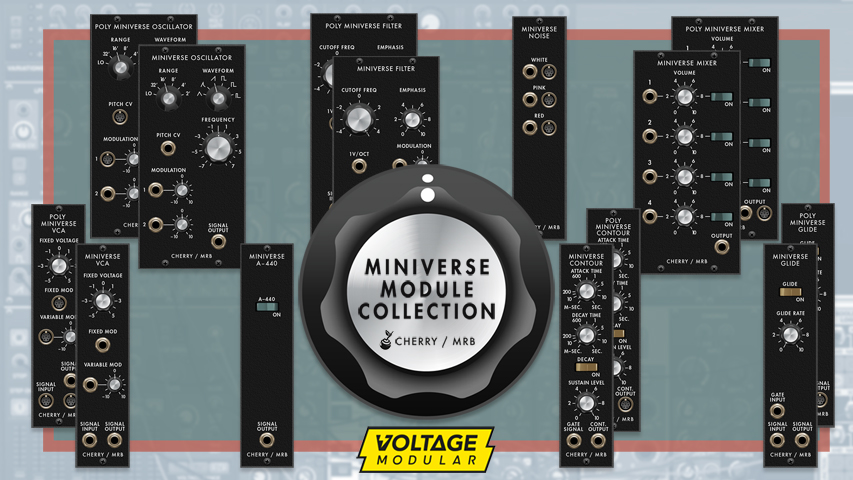 Cherry Audio and MRB are pleased to announce the release of the Miniverse Module Collection, an expansion of the Miniverse virtual instrument into 14 flexible modules for use with the Voltage Modular platform. It retains all the classic tone and mojo that made the original Mini great while freeing users of the fixed “hard-wired” limitations of the original. Poly module versions are also included for up to 16-note polyphony, giving users the ability to design the ultimate Mini of their dreams.

Designed specifically for Voltage Modular, these new modules extend the magic of Cherry Audio's Miniverse, recently awarded a rating of 5/5 stars from Computer Music Magazine and MusicRadar. MusicRadar also recently selected the Miniverse synthesizer as one of their "Must-Have Soft Synths for 2022."

Like Miniverse synthesizer and other Cherry Audio/MRB releases, the Miniverse Module Collection components have been expertly adapted to the modular workflow. Award-winning synth designer Mark Barton's (MRB) proprietary DSP coding reproduces every sonic nuance, every curve, and every response of the audio based on the original hardware. In addition, polyphonic module versions of the oscillator, mixer, filter, glide, contour, and VCA sections are included for up to 16-voice polyphony via poly jacks.